A group of Tempe, Arizona police officers grew sick and tired of Chief Tom Ryff, his nefarious deeds, and disgraceful behavior. TempePoliceCloset was launched sometime in 2007-08. It includes many accounts directly from Tempe cops spilling the beans about Ryff and other criminal Tempe cops who joined in the thuggery.

Operation-Nation covered many of Ryff’s exploits and TempePoliceCloset helped us discover a lot about the department. The original website has since been removed from the web. But we preserved it in its entirety and are re-publishing it here.

Feel free to copy, share, and do whatever you wish with this information. Thank you.

OUR COVERAGE OF TOM RYFF AND TEMPE POLICE

Tempe undercover cop Jessica Dever-Jakusz resigns after sleeping with drug dealer she was supposed to be surveilling – November 5, 2013 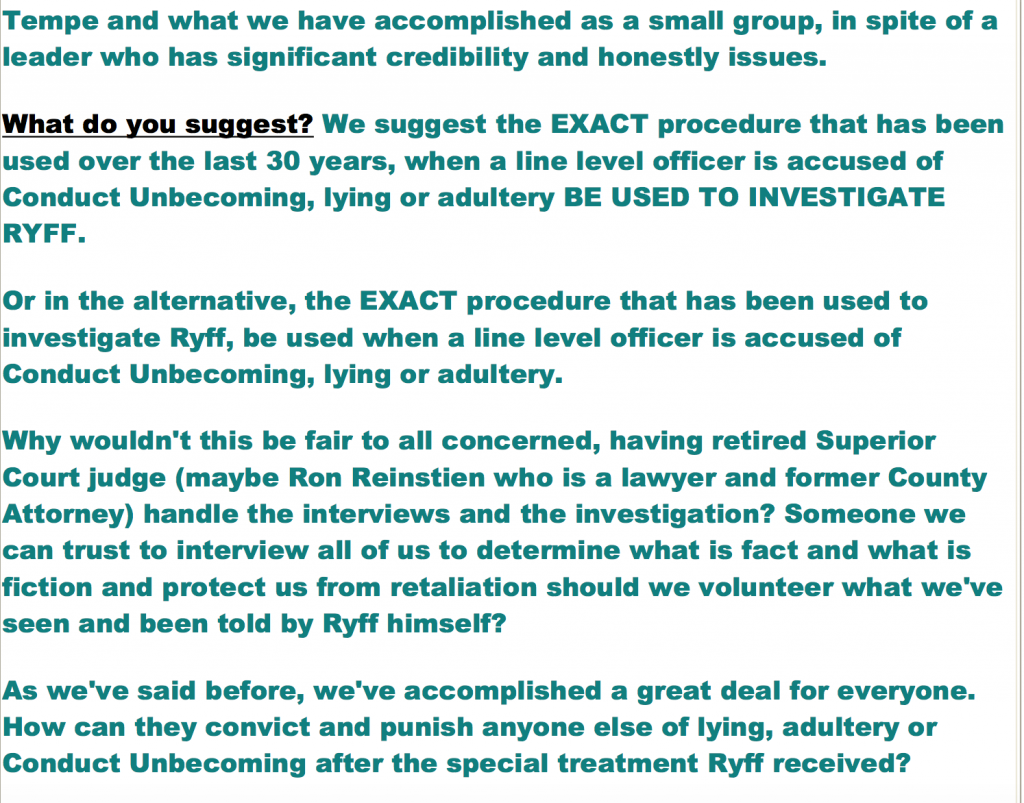 The current chief made “disparaging remarks” about him in violation of a non-paragement agreement. In other words, the current Tempe Police don’t kiss his ass well enough. The City of Tempe, citing the coverage of Operation-Nation, essentially said in their response to the lawsuit that there’s no amount of disparaging remarks that can be worse than the truth about Ryff. As of today (September 1, 2019), the case is currently in settlement talks, with a pre-trial conference set for March of 2020.

Operation-Nation was founded by Brian A. Wilkins in 2007. He researched and wrote all Operation-Nation content herein related to Tempe Police and Tom Ryff from 2008-2012.

Annabeth Milosevic is the Administrative Assistant for Operation-Nation and oversees all freelancer activity and incoming emails. You may contact us via Operation-Nation.